Fancy Figural & Unusual Seal Presses
American percussion presses are divided into two major categories, the plunger type which embosses by moving the die directly downward to make contact with the counter, and the castanet type which embosses by making contact with the open ends of a V. Percussion type presses were made mostly prior to 1880.
The following examples are plunger type presses.
The Felch press is thought to predate 1850. J. Felch was a member of the Columbus and California Gold Company of Columbus Ohio.  He and 200 other members traveled to California in 1849. He is thought to be the engraver of dies used for  trial strikes in base metal of never issue gold coins. 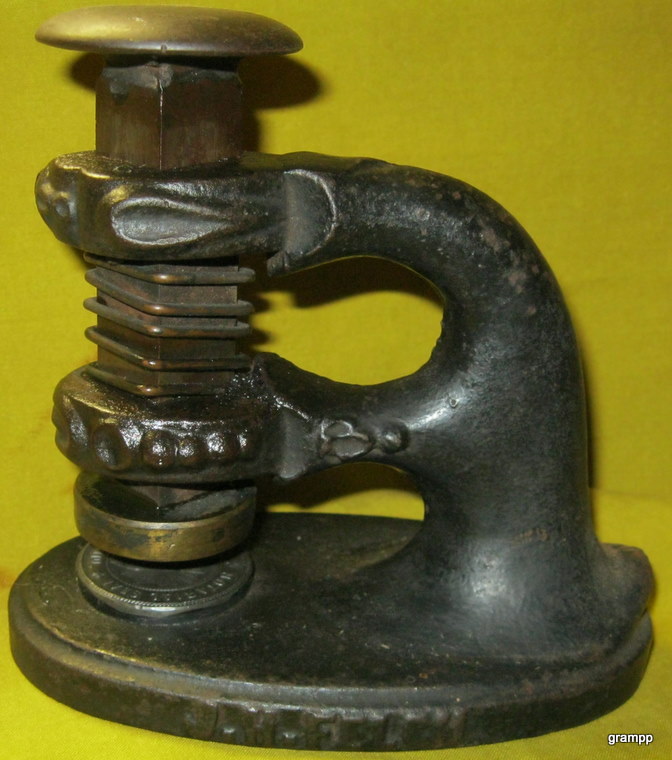 Platt Evens Jr. and Charles F. Hall were both seal press manufacturers in Cincinnati Ohio in the 1850's. They had a fierce rivalry regarding the patent of the Evens percussion press. The Hall press shown below is undated, but from the early 50's. The next three pages show examples of Evens percussion presses with patent 1854 cast in the base. Hall won the legal battle over the patent and was awarded one half of the patent right. The first 1854 Evens press shown on the following pages was manufactured by Hall. The second example was manufactured by Evens. The third is unmarked and may have been made by J Foster who held the original patent which was assigned to Platt Evens. This press is the closest to the original patent drawing. In the newly updated guide book you will see three additional examples of 1854 patent presses. 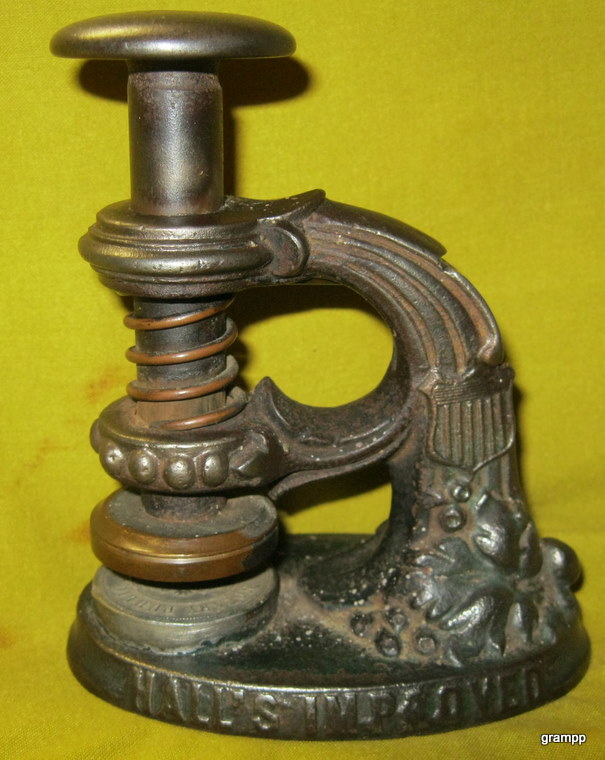 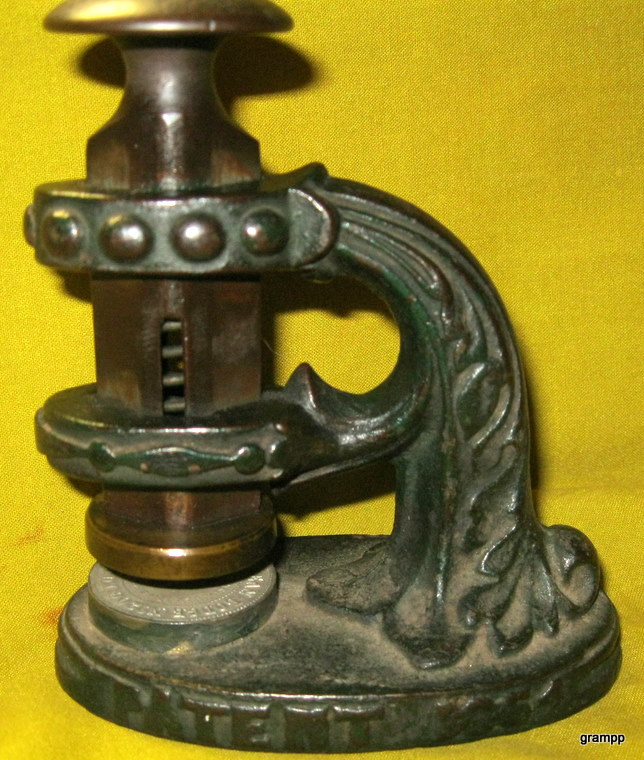 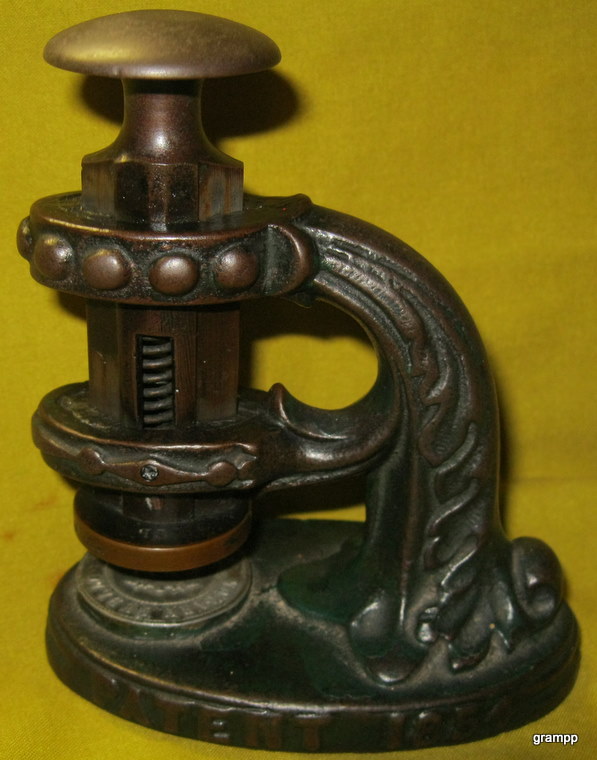 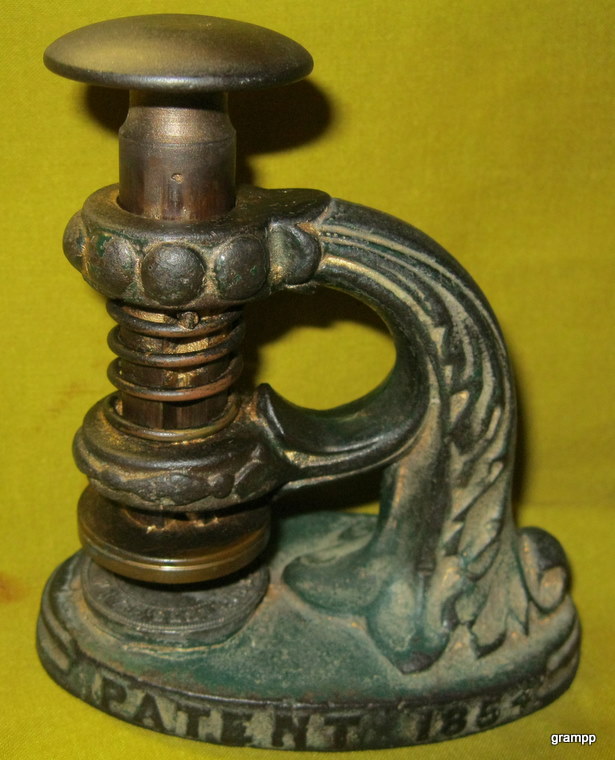 The next press shown is an Evens percussion press without the patent information. This press may precede the dated presses as they are known to have been made as early as 1851. 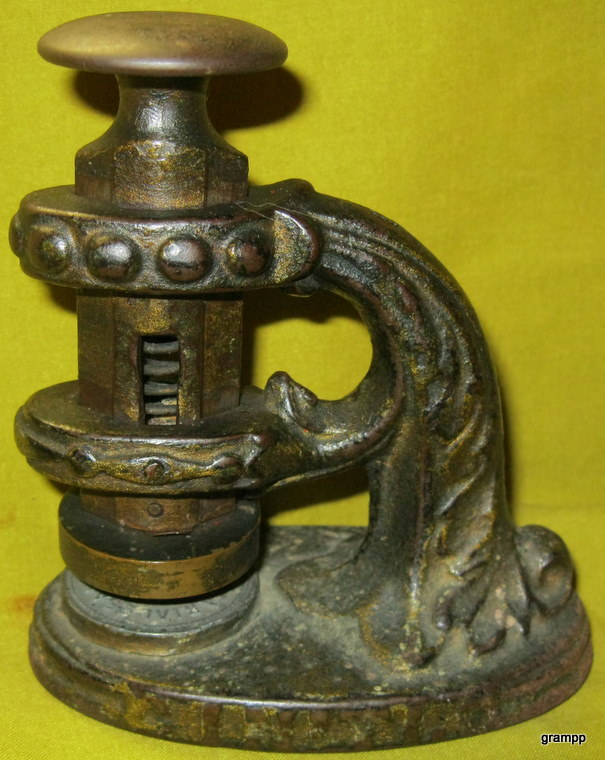 This press with a scalloped plunger is possibly from the 1880's. It has a hollow body which allows for excess metal from the counter pour to be left in place. It is a close copy of the earlier Hall and Evens presses, and may have been made by a successor company. New information shows this press to be a product of Joseph Murdock, also of Cincinnati Ohio. 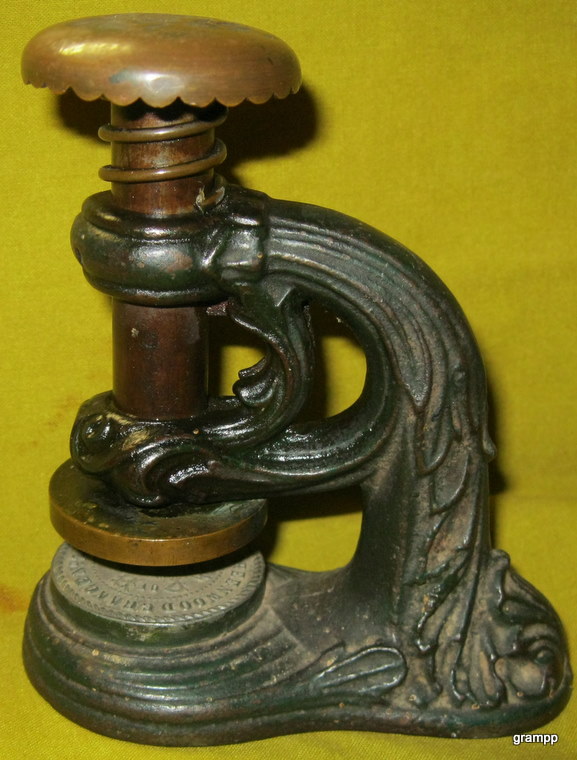 The next two percussion presses are a later vintage than the Hall Evens series. These body designs were also used around the turn of the century to house check cancelers. 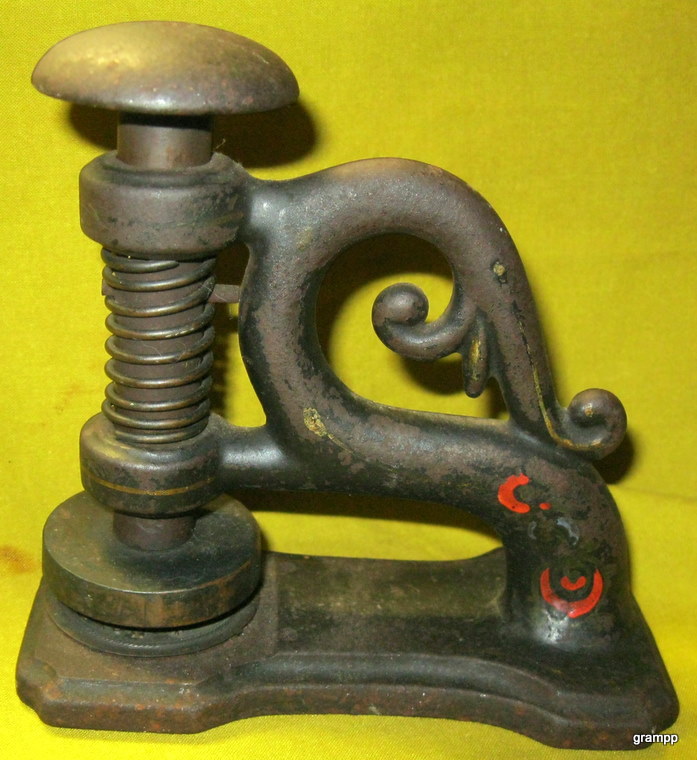 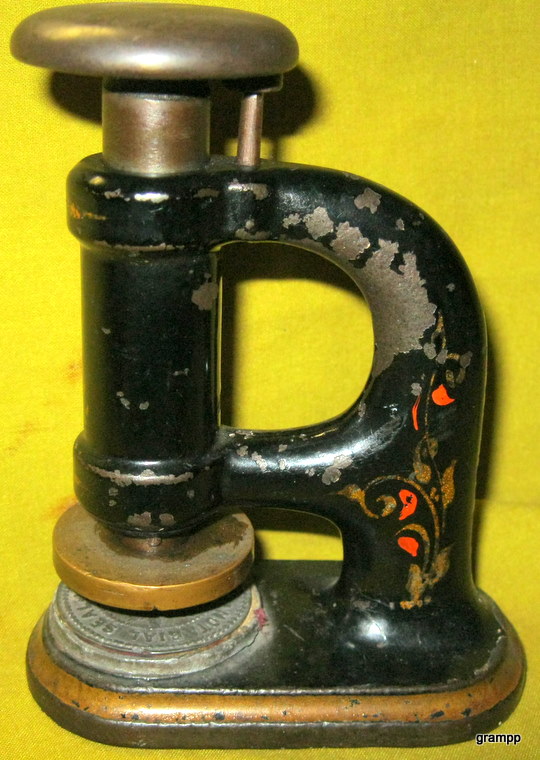 These two chromed presses were manufactured in the first quarter of the 20th century. Various patents were issued starting around 1913. 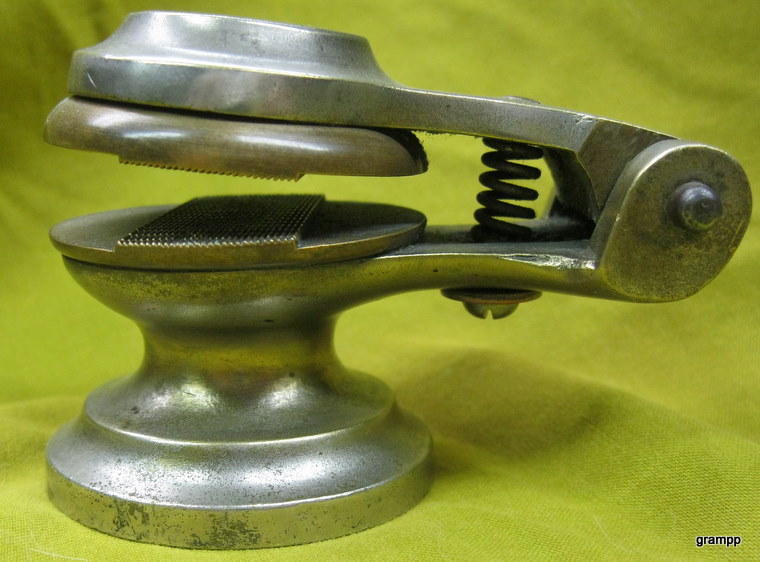 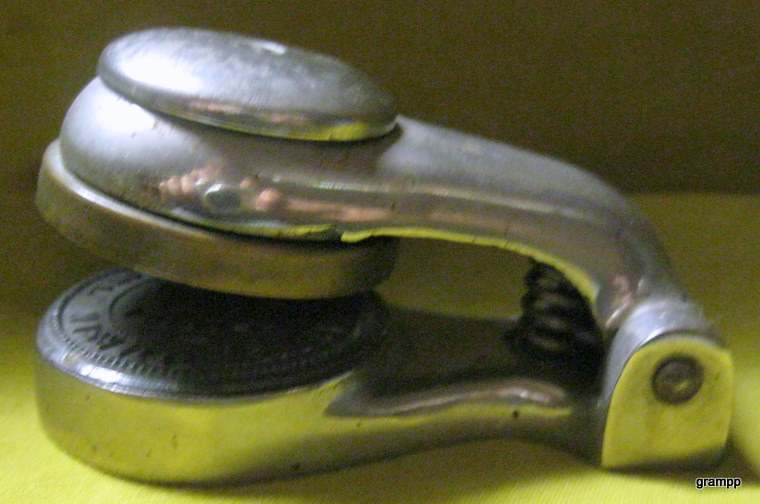 This is one of the last percussion press designs manufactured. When wrist watches became popular, and the use of pocket watches declined, the Chicago watch case company turned to notary seals to fill the cases. 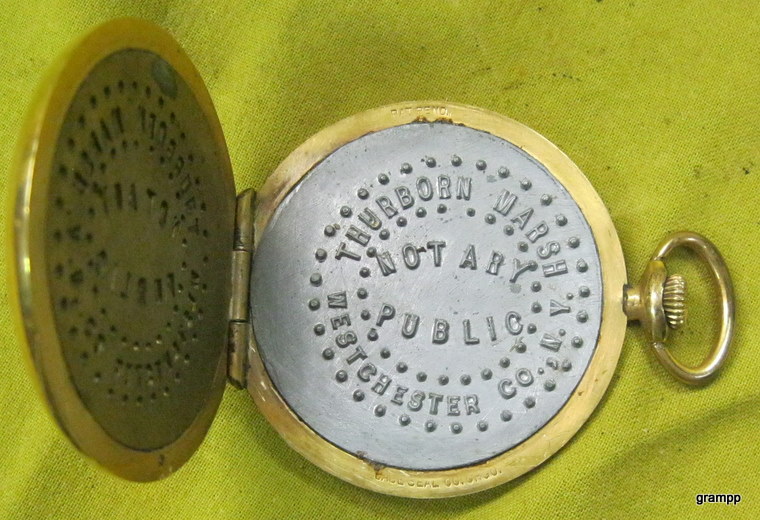